Wnt signals, in particular Wnt3a, play an important role in the ability of organoids to expand. Wnt3a is an essential niche component for maintaining the proliferation of Lgr5+ stem cells in various organoids such as the small intestine, large intestine, stomach, pancreas and liver.

Additionally, loss of activation of Wnt expression is associated with alteration of cell fate, morphogenesis and mitogenesis. Hence, diversity in functions of Wnt signalling overlaps between field of developmental biology and field of oncology leading to interdisciplinary research.

Our recombinant mouse and human Wnt3a have been successfully used for culture of Lgr5+ organoids. These proteins are expressed in mammalian systems, as bacterial systems can’t add polysaccharide or lipid chains to the Wnt proteins. These chains are essential for Wnt protein to be functional, so Wnt proteins can ONLY can be functional when expressed from mammalian cells.

We now supply our recombinant Wnt proteins with a new Wnt stabilizer that can significantly extend the activity of this protein, extending half-life of Wnt3a in serum-free medium to about 24-30 hours (in contrast to half-life of around 2 hours without stabilizer). Working concentration for our mouse recombinant Wnt3a (75% purity) is 30-100 ng/mL for organoid formation.

Among the most studied is a canonical Wnt signaling pathway that has been remained well conserved among diverse species throughout the process of evolution. The key restriction point in canonical Wnt signalling is initiated by Wnt binding to Frizzled receptors.

Frizzled receptors are composed of seven transmembrane regions, extracellular Wnt binding domain and intracellular C-terminal tail. There exist eight mammalian frizzled receptors that are capable of binding multiple different Wnts. Similarly, multiple different Wnts are able to bind several different Frizzled receptors. This complexity of ligand-receptor binding is even further increased by co-receptors such as proteoglycans, particularly heparin-like glycosaminoglycans. The importance of glycosaminoglycans was highlighted by finding that embryonic injection of heparinase results in patterning defects. Therefore, loss of heparin-like glycosaminoglycans may results in Wnt proteins to be atypically diffused and have concentration in which they are no longer effective

The signal from Wnt binding to frizzled receptor is further passed on to the recruited signaling molecule – Dishevelled (Dvl). Dvl proteins are present in the cytoplasm and contain protein-protein interaction domain that allows them to interact with other signaling molecules such as glycogene synthase kinase-3 (GSK-3) a cytoplasmic serine-threonine kinase involved in glycogen metabolism. The interaction of Dvl with GSK3 leads to an inhibition of GSK3 activity that in turn averts the turnover of β-catenin causing β-catenin accumulation.

β-catenin is a 90 kDa protein that contains at the N-terminus phosphorylation sites and binding site for α-catenin. In the middle are present 13 repeats creating together one superhelix that acts as a positively charged groove. This groove then in turn interacts with APC and TCF transcription factors as well as with cadherins. Complexes of β-catenin with TCF and cadherins were shown to be located in the nucleus while complexes of β-catenin with APC were found in the cytosol.

APC is a 300 kDa protein with several different functions and together with Wnt signaling is especially important in the cancer research field particularly in sporadic or inherited colon cancers. Mainly because APC is able to regulate levels of β-catenin and loss of APC function leads to a positive Wnt signaling.

Lastly, once the β-catenin forms complex with TCF or with lymphocyte enhancer binding factor 1 (LEF-1) transcription factor, it then targets responsive genes involved in migration or adhesion for example Myc, Cyclin D1, TCF-1, MMP-7, Axin-2, CD44, PPAR-δ and others.

AMSBIO also has a range of Wnt reporter stable cell lines. Customers can currently choose between HEK293, HCT-116, SW480 or NIH3T3 cell lines. All have available matching controls and can be ordered also as a package in pairs.

Wnt ELISA kits allow for the in vitro quantitative determination of various mouse and human Wnt proteins concentrations in serum, plasma, urine, tissue homogenates, cell culture supernatants and other biological fluids. These immunoassay kits are only for research use and not for therapeutic or diagnostic applications. 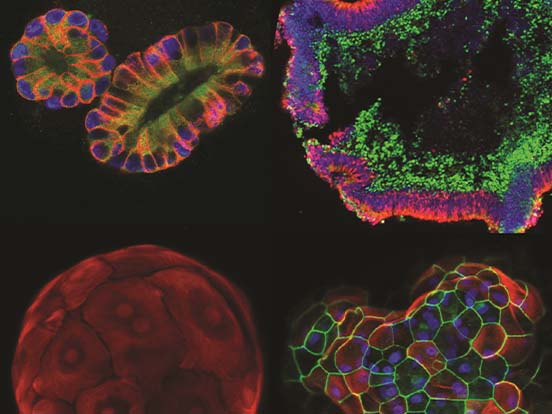