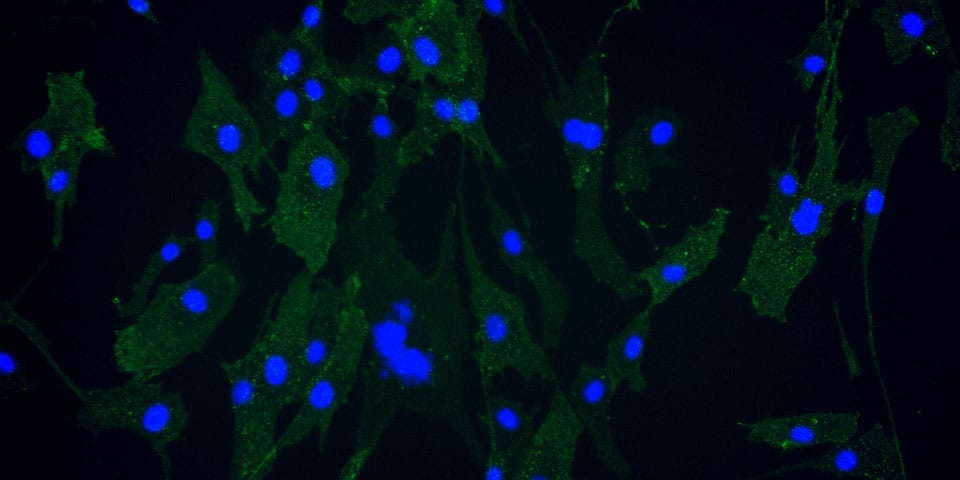 Dr. Takami and his colleagues use recombinant iMatrix-511 as extracellular matrix with StemFit® For MSC as culture medium to maintain Mesenchymal Stem Cells (MSCs), as recommended in our product information and protocols.

In the world’s first liver regeneration therapy using autologous bone marrow cells in November 20031, about 400 mL of bone marrow fluid collected under general anesthesia was used to infuse an uncultured whole bone marrow mononuclear cell fraction. After this, through joint researches in Japan and overseas, the safety and efficacy of the treatment were proved, and this treatment is now approved as advanced medical treatment. However, it is highly invasive to collect 400 mL under general anesthesia, so since 2008, they have been engaged in research on less invasive liver regeneration therapy in which MSCs are cultured and infused from a small amount of autologous bone marrow fluid.

Initially, the cultured cells were infused through a peripheral vein and the safety was confirmed, but the effective period was not very long. Therefore, the treatment method was improved, and a bridging study confirmed that it was better to improve the liver function by directly infusing the cells from the hepatic artery into the liver.

Ordering Details for StemFit® For MSC

Overview of current research and efforts for the clinical trial

“Clinical research on liver regeneration therapy using MSCs isolated and cultured from a small amount of autologous bone marrow fluid is being conducted under the Regenerative Medicine Safety Assurance Act. This is a liver regeneration therapy in which MSCs from around 60 mL of bone marrow fluid are hand-cultured in a cell culture isolator (CPi) at the regeneration and cell therapy center in our hospital and infused to patients via the hepatic artery. A medium containing 10% fetal bovine serum (FBS) is used, and those that have passed the cell characterization test are infused from the hepatic artery of the patient by angiographic procedure. At present, two cases have already been conducted in this clinical study, and no adverse events have been observed in the collection of bone marrow fluid, cell culture and cell infusion. In addition, although details cannot be mentioned here, since a certain level of efficacy has been confirmed, we are preparing for a clinical trial with the aim of obtaining regulatory approval for cultured bone marrow cells as a regenerative medicine product. By the end of March this year, Pharmaceuticals and Medical Devices Agency (PMDA) consultations were held several times, and after obtaining face-to-face advice regarding standards for biological materials, quality, nonclinical safety test data, and clinical trial plans, we obtained these agreements. In June of this year, we plan to submit a clinical trial application to the IRB of Yamaguchi University and submit the clinical trial notification as soon as it is approved. At least in the second half of this year, we want to start a clinical trial initiative.”

“The amount of patient’s bone marrow fluid is limited. Therefore, in order to exert high efficacy with a limited number of raw materials, we thought that it was necessary to produce many high-quality cells and deliver them to the target organ more reliably. In order to reliably deliver the cells to the liver, the infusion route was changed from peripheral intravenous to hepatic artery, and its validity was confirmed in an animal model. Further, in order to produce high quality cells, cells with a small number of passages in which cell deterioration has not progressed are used.”

“This project was started in 2008 and the infusion route of cells was changed, but it was still an issue to improve the quality of cells. We used to use a medium containing γ-sterilized FBS from New Zealand, but it was very meaningful that we worked on the joint development of chemically defined medium, StemFit For MSC®, with Ajinomoto Co., Inc. and it solved the problem. In addition, although it is currently autologous bone marrow cells, we believe that the knowledge about cell quality will be useful in the other developments including treatment using allogeneic cells.”

Important and difficult points from a legal and regulatory perspective

“Regarding the evaluation of raw materials and non-cellular components used for cell production, PMDA has advised us on the legal compliance and safety of our products. I am very grateful to the PMDA officers. In particular, the tumorigenicity test and general toxicity test could be conducted in the same non-clinical model, which led to a significant cost reduction and schedule reduction of the GLP test. A preliminary test to set the maximum dose of cells is first carried out, and in the subsequent pharmacokinetic test, the cells used for treatment are cleared from the body within a certain period after infusion. Therefore, after a certain period when the treated cells disappeared, it was possible to perform the evaluation of tumor formation and the general toxicity evaluation using the same non-clinical model. In addition, although our clinical trial was a single-dose infusion, we were also suggested that repeated infusion could be considered as repeated single infusion if infused at certain intervals, and repeated toxicity studies might be able to be excepted. Considering repeated infusion in the future, it is desirable to switch from FBS to chemically defined medium because there is a concern that an allergic reaction may occur if the final product contains a certain amount of FBS. Optimal test assembly differs depending on the regenerative medicine product, but it is possible to reduce costs and shorten the period by starting the non-clinical safety test after sufficiently discussing the test plan with PMDA.”

“When MSCs are passaged for a longer period, aging of cells (a phenomenon in which cell morphology is flattened and enlarged and proliferation is reduced) and reduction of anti-inflammatory activity are observed, and the quality of cells is reduced. In our production, we were able to grow cells efficiently by using StemFit® For MSC, so the passage number of cells can be kept as low as 3 times. It has also been confirmed that StemFit® For MSC maintains the original functions of MSCs (lower levels of inflammatory cytokine expression, higher levels of anti-inflammatory cytokine expression and cell senescence marker) that we consider important in characterizing MSCs. In checking the quality of cells, general indicators such as sterility test, mycoplasma test, virus test, endotoxin test, morphological characteristics of cells, viable cell number, cell viability and cell surface marker are measured. Although items to be measured (cell markers, proteins, genes) in assessing MSCs quality have not yet been generally established, it has been confirmed that MSCs expressing higher level of TSG6 show higher effects on hepatic fibrosis2. The clinical studies to date and the clinical trial conducted this time are exploratory, and we will continue to discuss measurement items and establish standard evaluation indicators for MSCs characteristic analysis.”

“As mentioned above, the use of FBS is not desirable when assuming frequent infusion, and the problems faced by FBS are the risk of stable supply, the difference between lots, the difference between cell product lots, and the cost of gamma sterilization during clinical use. In addition, FBS may contain unnecessary components for cell culture, and our experimental results suggest that FBS may induce inflammation. In addition, when using a protein material such as a growth factor, it is necessary to consider using a recombinant protein, and it is important to select a material whose raw material and manufacturing process can be evaluated. Considering clinical use from the stage of basic research, switching the raw materials as early as possible is considered to avoid the risk caused by switching later. In our department, we try to incorporate clinically suitable culture media from the initial research stage, even if they are costly.”

Reasons for using StemFit For MSC and feeling of use

“As mentioned above, by culturing MSCs using StemFit® For MSC, we were able to efficiently grow clinical cells and maintain MSCs functions at a high level. From the joint research with Ajinomoto Co., Inc., we were able to find the important points for stable culture. Generally, trypsin is used for cell passaging. The FBS-supplemented medium contained the trypsin inactivating factor, but the chemically defined medium did not contain it. Therefore, when StemFit® For MSC is used, trypsin should be removed thoroughly so that trypsin does not carry over to the new medium during passaging.”

“Our liver regeneration therapy for cirrhosis is a research that we have been working on for many years and I have inherited. This time, in the efforts of self-contained cirrhosis regenerative therapy, we jointly developed StemFit® For MSC with Ajinomoto Co., Inc. We are happy that it became possible to culture high-quality cells by this medium and we will proceed to the clinical trial. We hope that our regenerative medicine products will receive regulatory approval as soon as possible and can be delivered to many patients with cirrhosis. Although this project targets cirrhosis, we would like to develop it for the treatment of another organ fibrosis.”

Ordering Details for StemFit® For MSC 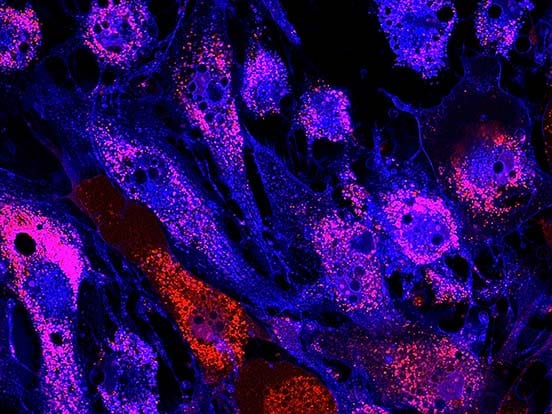